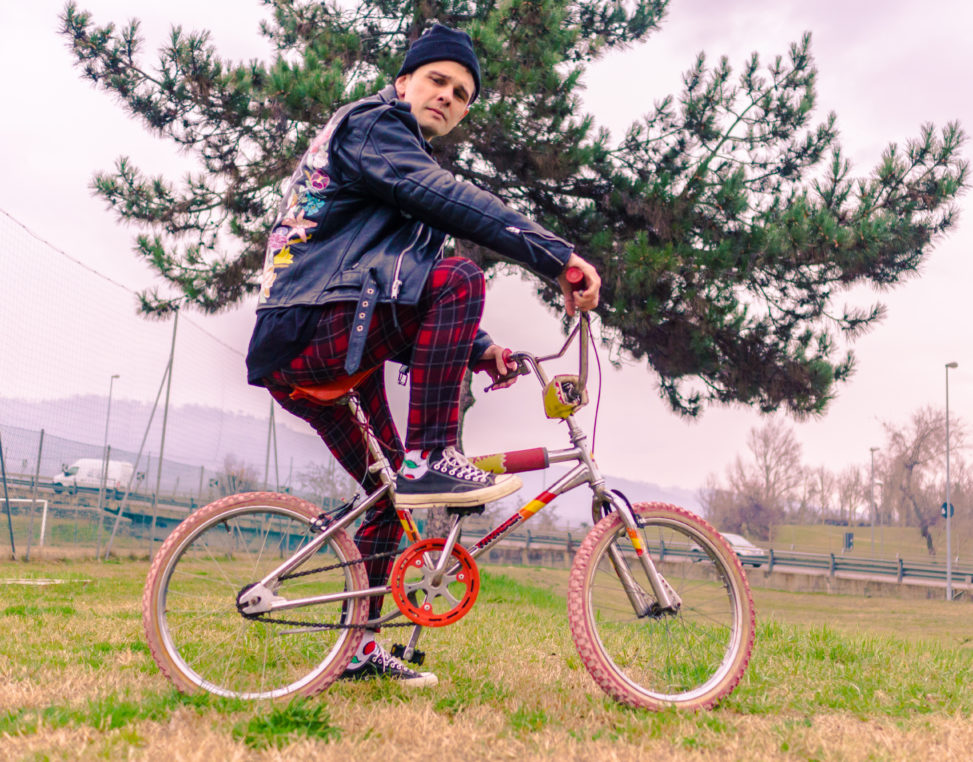 RIFFBLAST is an Italian artist, born in Bologna, Italy.

My journey into art began in early childhood, raised in the countryside by an inspiring and creative family who have supported me ever since I started painting and creating wood sculptures.

At the age of 17 I started collaborating with skate and surf companies to create board graphics, this world introduced me to the true love for the hardcore punk subculture which for years has influenced and developed my way of seeing art.

After a brief but intense experience in the fashion world that helped me develop commercial knowledge, in 2015 I decided without any certification or certainty to go back to painting and creating art.

My approach to the world of art was not a textbook as for anyone who approaches this profession, I am still facing a slow path that, thanks to events and social networks, is making me grow in the way that best suits my person.

From 2017 I start with religious-litographies with which I then alter by using water based acrylics, I interpolate present day icons meant to elicit the familiar and sarcastic. Still, the message dives much deeper into the psyche of consumerism and corruption that I experience in Italy, a predominantly Catholic country.

Since a couple of years I have been collaborating with various galleries around the world from Italy to the United States, actively participating in solo and group exhibitions.